Eddie was born and raised in El Paso, Tx. He got hired to work and relocate to sunny San Diego for Wildstorm/ DC in 2008. Most of Eddie’s time was spent working on the DC Universe Online doing concept design and artwork for in game cut scenes. He also did design work for the Green Lantern: Rise of the Manhunters video game. Some of Eddie’s comic credits include working on Lois Lane and the Resistance, Deadpool, Batman/ TMNT, Nickelodeons Teenage Mutant Ninja Turtles, Ben 10 and Legendary’s World of Worldcraft. Eddie now resides in Austin, Tx working for Powerhouse Animation and hunting chupacabras on his free time. 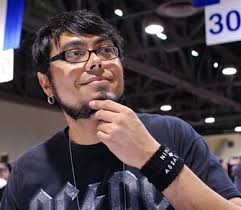